NECSL captured their first ever Leinster plate win with a well-deserved success over the Midlands. The home side dominated throughout but some wayward finishing and good goalkeeping by the visitor’s custodian kept the result in doubt right to the end. After 20 minutes Roy Browne scored the opener with a close-range finish following a corner.

Alex Stewart and Jack McClorey went close to doubling the lead but were denied by good saves from the Midlands keeper. Out of nothing, the visitors levelled with a great shot from outside the box that gave Diarmuid Doyle no chance.

Half time 1-1. Despite playing into the strong wind NECSL continued to boss the game and on the hour retook the lead with a fine passing movement culminated in a goal when Roy Browne cut the ball back from the end line for the in rushing Jack McClorey to crash the ball to the back of the net. NECSL  continued to make changes with Ciaran Greene, Jared Akegbisote and McClorey all going close. However, it took a fine stop from Diarmuid Doyle to deny Midlands an equaliser.  Best for NECSL were Jack Boyle, Oisin Hussey and Issiah Phillips.

NECSL play Cavan Monaghan in the national semifinals on May 5th.  Massive thank you to Subway in Trim for supplying us all with Subs and Cookies for after the game. 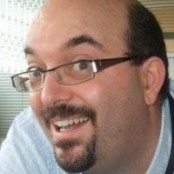